7 Essential Items to Have in Your Storm Kit 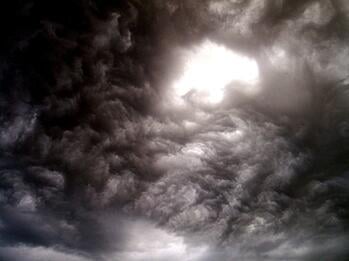 With the beginning of storm season upon us (it has effectively had a premature start this year), the issue of keeping your home and loved ones protected is paramount.

One of the best things you can have on hand during a storm is a storm kit, which holds the most important items needed if a storm keeps you inside. A storm kit can either be small or large, depending on how many things you need to store.

In today’s blog, we’ve listed 7 essential items you need to have as part of your storm kit during this unpredictable season.

When a severe storm strikes, there’s a high likelihood that power to your home could be lost, regardless of whether your power lines are above ground or below. Trees or other debris can still damage the main power transformers even if the power lines are hidden underground. When a storm is particularly strong, it also tends to lead to large power outages across thousands of homes. As a result, restoring power can sometimes take several days or longer, meaning you could be without power for quite some time.

During the night you’ll want to have several torches handy, along with batteries and candles to keep your home illuminated. So whatever you do, ensure you have some torches on hand when storm season approaches.

As you know, if a storm cuts out power to your home, anything that is connected to grid is going to be unusable, including your fridges and and freezers. And as going outside to pick up some food isn’t necessarily the wisest idea during a violent storm, you’ll need some food goods on hand that can be consumed as is. This is where non-perishable foods come in handy. While they do have an expiration date, non-perishables last far longer and are typically done in a way that they can be eaten with or without being cooked.

Examples include canned goods such as spaghetti, beans, salmon, and so on. You can also consider snacks such as chips, crackers and biscuit, but just make sure that they will actually be able to last the storm season.

Water’s also very important. And while you should more or less be able to get water from the tap during a storm, just be mindful of the fact that some severe conditions have the possibility of tainting tap water, such as how flooding throughout Queensland raised the potential issue of sewage getting into the water for certain suburban areas. At the start of storm season (even now), go out and pick up some bottled water and store it away somewhere just in case. As it’s water, it’s going to last for a good amount of time.

With storms come the likelihood of injury. Perhaps a window will shatter or strong winds could cause something to fly out and hit you or someone else. While you know that staying inside is the best option as it helps reduce the likelihood of such injuries, it does not mean that all dangers suddenly disappear. So make sure you have a first aid kit on hand.

The first aid kit can help you treat injuries, but protective gear can help you prevent them. Protective gear includes gloves, shoes, jackets and more. Whether you’re using them to keep warm (storms can cause extremely drops in temperature) or protect your own body from the likes of shattered glass and other sharp items, protective gear is very much worth the investment.

Make note of any conditions you or others in your home have and take the appropriate steps to ensure you have the supplies for them. One example is if one of your family members has asthma, then you’ll want to have a spare inhaler on hand. Severe storms have the potential of forcing you to stay inside for days, so you won’t want a medical emergency occurring due to a lack of the right supplies.

Also, don’t forget to have a good supply of toiletries so that you and others can maintain appropriate hygiene.

Last but not least, have a radio on hand. Your TV won’t work and items like smart phones and laptops can only run for so long before the battery needs to be recharged. Keep your radio on to stay up-to-date with developments. Don’t forget to have plenty of compatible batteries on hand.

To find out more about how you should prepare for storm season and what you need in a storm kit, check out the Emergency Management Queensland site.

It’s also a wise move to have your roof and gutters checked prior to storm season to ensure there’s no damage that could worsen in such an event. If you’d like your roof and gutters to be inspected or if your roof does suffer any damage in the wake of a storm, give Roo Roofing a call on 1300 734 148 and we’ll visit you the next day.