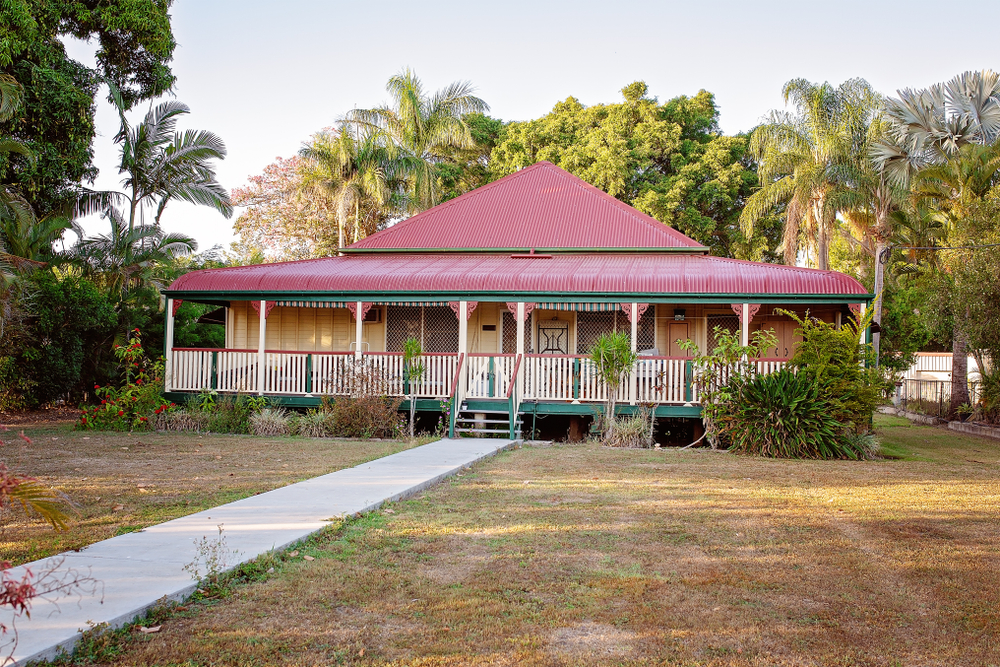 Looking Back: A Brief History of Queensland Roofs

A roof is not just for protecting your home from the elements. It’s also a statement of your style and a reflection of the history of the area where you live.

Roofs in Queensland have evolved over time to better suit the heat, storms and climate and to suit modern tastes. From European tradition to modern styles, Queensland roofs have changed significantly during their history.

In this blog, we’re looking back and sharing a brief history of Queensland roofs.

The earliest roofs in Queensland were built by Indigenous peoples before European settlement. Their shelters were often dome structures, with a roof to match. These roofs had earth or sod cladding and natural layers of insulation.

After European settlement, the first buildings constructed had roofs covered in bark. Then, they built shingle roofs from cutting down gum trees. These had a steeply pitched design to allow for rain to run off.

Later, in the 1850s, the Queenslander style house was born. These iconic wooden houses featured verandahs all around the house and were perfectly suited to Queensland’s hot climate and summer rain. The roofs were made from iron and featured a range of decorative elements.

Metal roofing became more popular in the 1920s, when they shifted from using imported metals to producing metals locally. Metal roofing is well-suited to Queensland’s climate, as it reflects heat and collects water.

Today, modern metal roofs can be made from galvanised steel products like Colorbond, Zincalume and BHP.

Asbestos roofing was widely used in Queensland and Brisbane from 1945-70. It was a useful material because it was fire resistant, great for insulation, and safe around electrical wires. However, the health issues that can come from asbestos are not worth it.

In Queensland, asbestos hasn’t been used since the 1980s, and was banned in the 2000s. If your roof contains asbestos, the best option is to get it removed and your roof replaced. Learn more about how to deal with asbestos in your home in our ebook.

Looking for a Brisbane-based Roofing Company?

At Roo Roofing, we are proud of Queensland’s roofing history. We are experienced roofers who are keen to carry on the tradition.

Whether you need a full roof replacement or to fix a leaking roof, Roo Roofing has qualified tradesmen who can handle anything. If you need advice on your roof, talk to one of our experts. Get in touch today for a free assessment and quote.