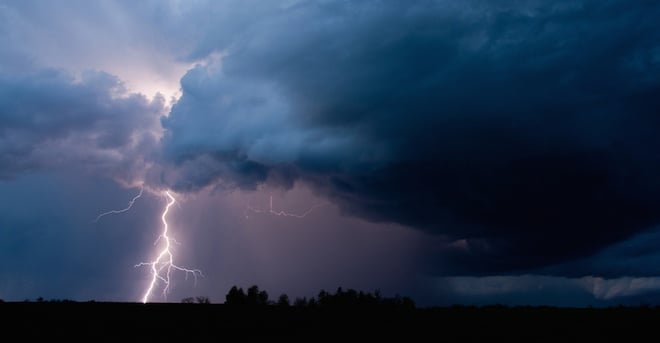 Securing your home for the return of Brisbane's Storm Season

Believe it or not, we're less than a month away from the official return of Brisbane's Storm Season. While September doesn't have the highest likelihood of bringing with it massive storms, the stretch between Spring, Summer and the first month of Winter are when some of Brisbane's biggest and most dangerous storms have taken place.

So instead of delaying preparation, it's best to look around your home now and make sure everything's in acceptable condition so that if and/or when the big storms hit, its less likely to sustain any severe damage.

Brisbane has some wonderfully large trees throughout its massive urban and suburban sprawl, but older, larger trees can become problematic and even life threatening in more severe weather conditions. If you have any large trees in your own property, it may be time to trim them back or even cut them down significantly before storm season arrives. Depending on the age and size of certain trees, they may need to be uprooted and removed entirely.

What you want to account for is just how far a tree could fall in the event a storm knocked it down. If it fell towards the base, would it crash into your house or someone else's? What level of damage would it actually cause if it were to fall? If you can trim it back enough so that it wouldn't really damage anything in the immediate area, that may be okay. But just be careful with big trees - because the damage they can cause can be substantial.

The older a home gets, the more it may sustain minor forms of damage. We recently spoke about factors that can contribute to roof damage, but other damage to your home can also be problematic when storms arrive. Say, for example, there's some cracks forming in the exterior brick walling of your home. Minor, shallow cracking may not be an immediate issue, but over time such cracks can get deeper and worsen. When a storm hits, rain can seep into those cracks and weaken your walling.

A minor leak in your roof can similarly worsen over time and impact on other areas of your home - the ceiling space and/or even the ceilings and walls can sustain water damage, which leads to weakening and potential mould issues, as well. If there is any damage to any part of your home, you should have it repaired/replaced ASAP.

Have a plan in place

Another important step in having a storm-secure home is to ensure there's a plan in place when severe weather does hit. There are basic rules such as bringing in loose objects that could turn into dangerous projectiles due to high winds, but also identify the best rooms in your home to wait it out if a storm is particularly severe. If you have a downstairs room that is somewhat built into the earth, this can often be a great option provided there aren't too many windows/glass hazards in the immediate vicinity.

Securing your home also entails having the right equipment on hand when a storm hits. Along with the suggested Storm Emergency Kit noted by the Brisbane City Council, don't forget to consider other items such as sand bags if your house is in a potentially flood-prone area. Some items from the storm kit we strongly suggest having include torches, spare batteries, first aid kit/s, supplies of water and foodstuff, and rain resistance/proof clothing.