Storm Damage and Your Roof 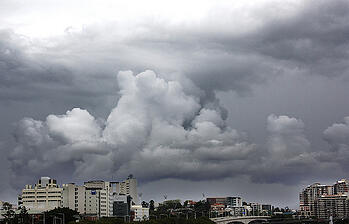 The results of these devastating conditions led to flooding in many areas of Queensland, with Bundaberg, in particular, being heavily inundated with flood waters. Along with flood damage, homes have also been suffering other structural damage throughout the state.

Severe weather conditions can lead to a variety of damage, be it to cars, homes or even nature itself. When you consider that the winds that occurred over the weekend in Brisbane were strong enough to level trees with powerful root systems, having the same winds cause damage to your home and roof isn’t that far fetched.

In the aftermath of the storms, people have confirmed tiling on their roofs has been blown off by the sheer force of the cyclonic conditions. This is a sobering reminder of just how a severe storm can wreak havoc on the literal roof above your head.

Whether you have a tiled or metal roof, you are susceptible roof damage during severe storm conditions. However, there are steps you can take to reduce the likelihood your roof will sustain notable damage.

When it comes to making your roof more resistant during storm conditions, it’s ultimately about how well you’ve maintained your roof itself. For example, ensuring your gutters are cleared of debris is important as it allows rainwater to more freely flow and won’t build up. A build up of rainwater in your gutters could then lead to it building up and seeping into your roof.

If rainwater is seeping into your roof, this is because your roof has a leak - or a number of leaks - in it. Leaks will usually manifest themselves through water damage to the ceiling and walls in your home. If you do notice any leaking while it’s raining, go up into the roof void and check to see if you can find the origin of the leak/s. Wherever it’s originating from in your roof is where the leak is.

A leak in your roof signifies that your roof has sustained some damage. The damage may not be substantial at first, but it can worsen due to factors such as excessive rainwater and extreme winds. Particularly, if you have a tiled roof, a weakened tile can become a notable danger during severe winds as the wind may pick your tile up and send it flying.

Of course, the same is applicable to metal sheet roofing. A loosened sheet can present a large danger, so be sure to keep an eye on your metal sheets to confirm that none have come loose.

Ultimately, fixing roof damage when it’s still minor is the key. A few damaged tiles can usually be fixed with a type of sealant or by replacing those few tiles. Similarly with metal sheeting, if only one or two of the sheets sustained damage, it will cost you far less to replace them than needing to replace the entire roof down the track due to severe damage.

It’s important to keep your roof maintained, especially during the events of severe storm conditions. Because if your home or business has sustained notable damage beforehand, a severe storm could literally rip off a large part of your roof and leave you with some serious repair costs.

Remember that your best approach is to call in a professional and have them assess the damage and what needs to be done to remedy it.

If you believe your roof has sustained any damage from the storm or any other cause, give Roo Roofing a call on 1300 734 148 to get a free quote.